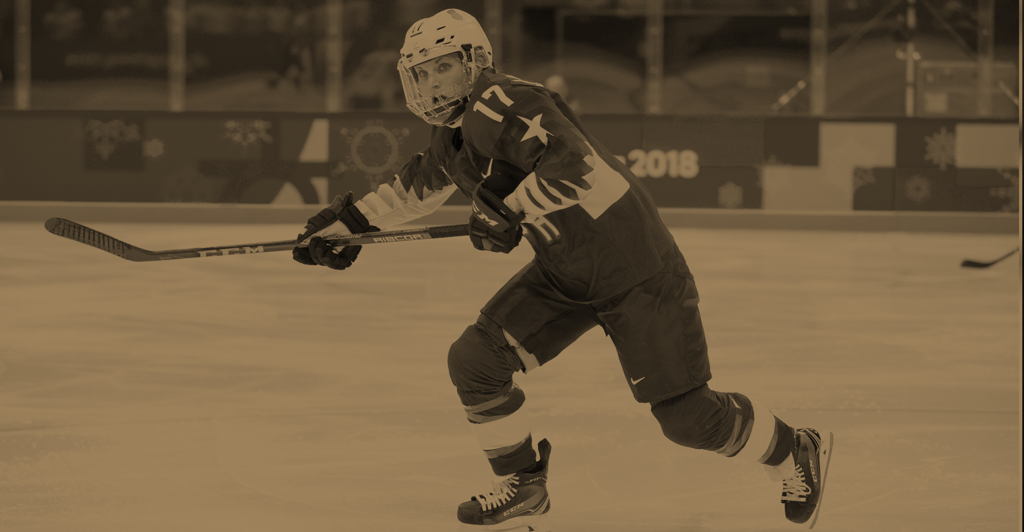 Jocelyne Lamoureux-Davidson (Grand Forks, N.D.) helped the U.S. to unprecedented success over her 14 years with the U.S. Women’s National Team and was also an extraordinary collegiate player, both at the University of Minnesota and University of North Dakota.

Lamoureux-Davidson’s career was highlighted by scoring the “Oops I Did It Again” goal in the 2018 Olympic gold-medal game against Canada, one of the most memorable tallies in U.S. history, not only for the unique way it was scored in the shootout, but more notably as it was the decisive goal in lifting the U.S. to its first Olympic gold medal in 20 years. The 2018 Games were also significant for Lamoureux-Davidson as she led the team in goals with four; scored the fastest two goals in a game in Olympic history just six seconds apart; and earned a spot on the media all-star team.

She also helped the U.S. to silver medals in both the 2014 and 2010 Olympic Winter Games and in her 15 career Olympic outings averaged better than a point a game with six goals and 10 assists.

Lamoureux-Davidson concluded her career with the U.S. Women’s National Team in the 2019-20 Rivalry Series and all total played 137 career games with 138 points to her credit, including 63 goals and 75 assists.

Lamoureux-Davidson played her first collegiate campaign for the University of Minnesota in 2008-09 and helped the Gophers to the Frozen Four. She then transferred to the University of North Dakota and played three seasons (2010-13) at UND. In her four-year collegiate career, she
recorded 285 points (125 goals, 160 assists) in 149 games, which ranks third in NCAA history. Among her many accolades, she was recognized as a top-3 finalist for the Patty Kazmaier Memorial Award in 2012 and was also a top-10 finalist in 2013.