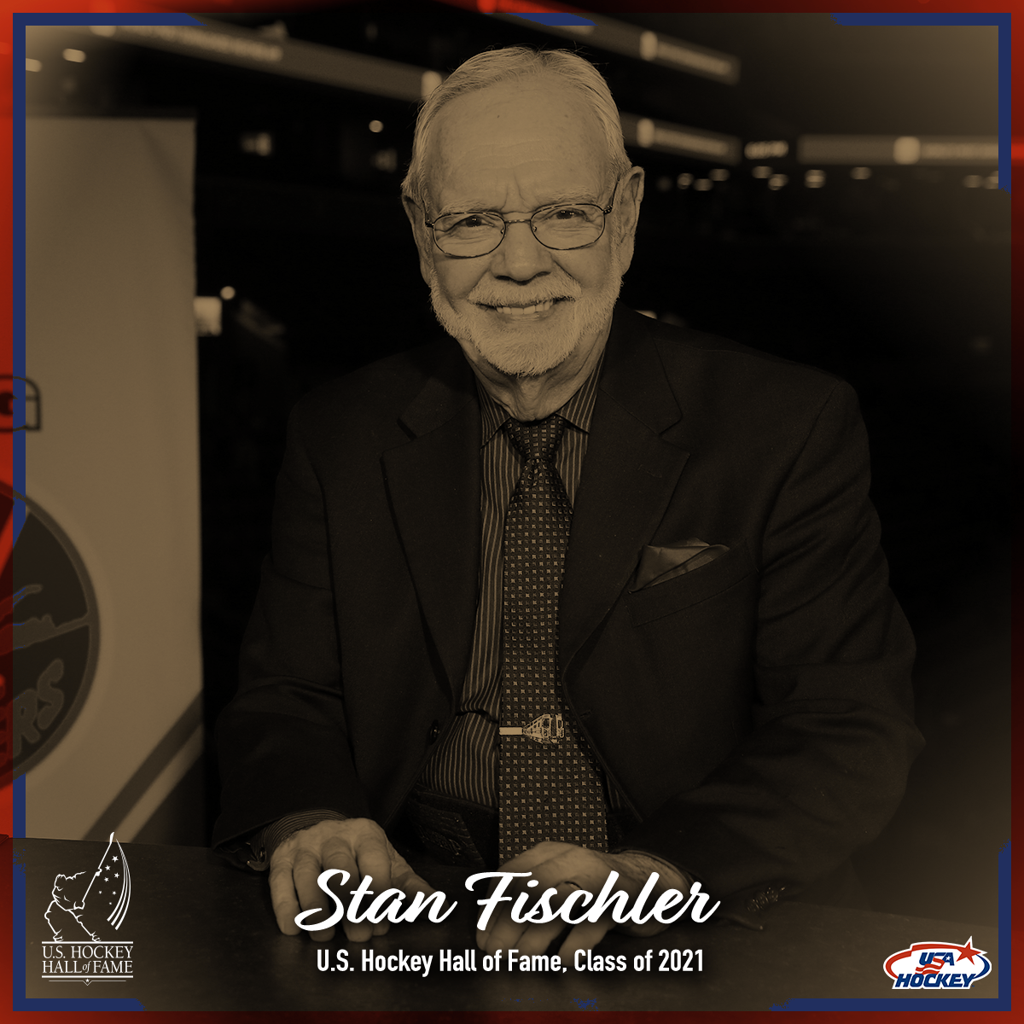 Stan Fischler (Brooklyn, N.Y.) is an award-winning journalist and broadcaster whose career in hockey coverage spans eight decades and continues today. America’s foremost hockey historian, Fischler’s work has brought the sport’s stories, characters and excitement to an expansive reading and viewing audience. His articles, books and televised reports have enhanced the understanding and enjoyment of the game for countless youngsters and adults throughout the country.

Devoted to the game since his youth, Fischler served as a publicist for the New York Rangers right out of college in 1954 before rising to writing jobs with the Brooklyn Eagle and later the New York Journal-American from 1955 through 1966.

Fischler turned to broadcasting in 1973, contributing rink-side analysis on games of the World Hockey Association New England Whalers. Two years later, he joined what is today known as MSG/MSG+ -- a relationship that lasted more than 40 years -- and covered the three NHL teams in the New York City metropolitan area, including the New York Rangers, New York Islanders and New Jersey Devils.

His in-game reports and post-game interviews were key elements of the broadcasts. Fischler had an ice-level vantage point for the area's eight modern-era Stanley Cup champions, beginning with the Islanders’ four-peat performance from 1980-83, continuing with the Rangers’ title in 1994 and following with the Devils’ triumphs in 1995, 2000 and 2003. His television work received a number of Emmy awards from the New York chapter of the National Academy of Television Arts & Sciences, including for “best program/feature segment” (Five For Fischler) and outstanding “on-camera talent, sports reporting.” Fischler retired from broadcasting following the 2017-18 season.

The multi-dimensional Fischler is the author or co-author of some 100 books on hockey, including The Hockey Encyclopedia, Everybody's Hockey Book, and Hockey Chronicle. He has written for many notable publications, including the New York Times, The Sporting News, Sports Illustrated and The Hockey News. His prose earned a spot in the book Best American Sports Writing of the Century in 1999 and he was awarded the prestigious Lester Patrick Trophy in 2007 for outstanding contributions to American hockey.

At age 89, Fischler continues today to publish The Fischler Report, which has been in circulation for more than 30 years and covers wide-ranging topics related to the NHL and hockey in general. Additionally, he currently writes weekly columns for NHL.com, the New York Islanders and the New Jersey Devils. The native of Brooklyn, New York, has also served as a mentor to numerous interns who have gone on to successful careers in sports media, sports management, public relations and beyond.