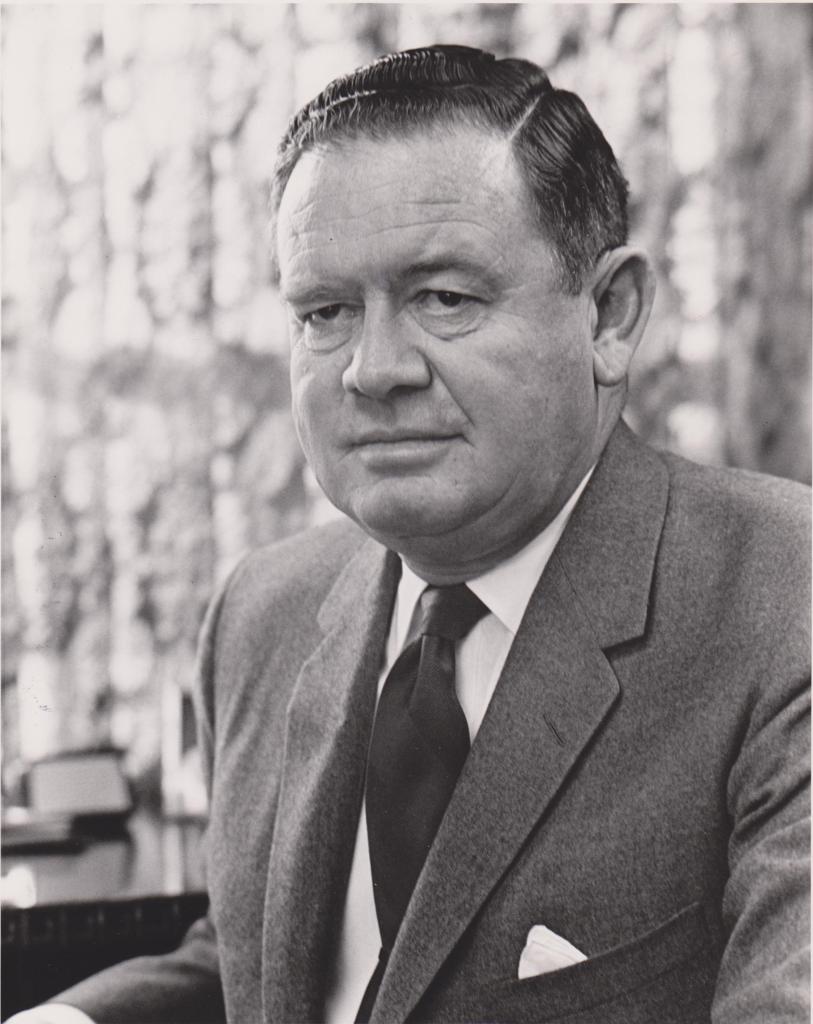 William Thayer Tutt of Colorado Springs, Colorado was president of the El Pomar Foundation and the Broadmoor Hotel, Inc. and its related companies. It was while serving in those capacities that Tutt exercised his administrative abilities in hockey.

During the 1947-48 college season, a group of coaches including Vic Heyliger, then of Michigan and later the Air Force Academy, approached Tutt concerning the sponsorship of a National Collegiate Athletic Association (NCAA) hockey tournament. Tutt agreed to provide his backing and thus college hockey was launched as a truly national sport. The tournament was held at the Broadmoor Hotel from 1948 through 1957, returning there in 1969 for a one year stand. Since 1958, the tournament was moved around the country to various college hockey hotbeds. Thayer Tutt was generally regarded as the "Father of the NCAA Hockey Tournament" for his pioneering work for the college game.

Turning his attention to international hockey, Tutt was also a United States member or President of the International Ice Hockey Federation for years. The long period of time was characterized by the increasing visibility of the international game which was brought to a dramatic forefront by the Russia-Team Canada series in September 1972. Long interested in youth hockey in this country, Tutt succeeded his long time friend, Tom Lockhart, also a United States Hockey Hall of Fame enshrinee, as President of the Amateur Hockey Association of the United States in June 1972.