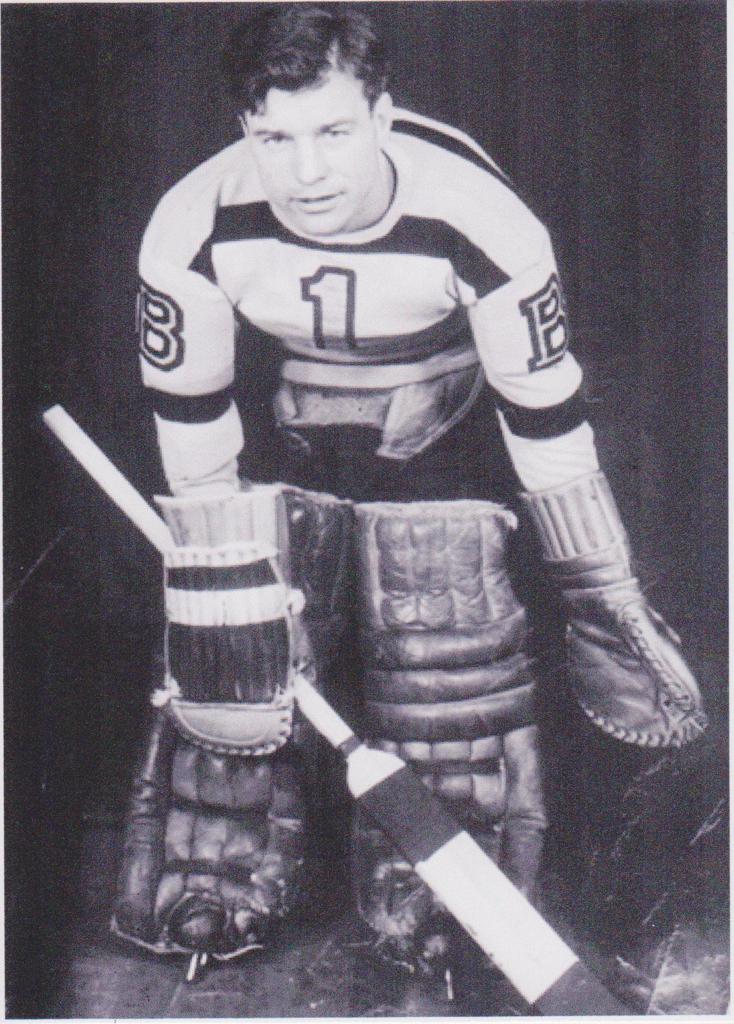 Frank Brimsek's star flashed on the NHL scene with an initial brilliance few rookies have ever matched. Coming up from Providence in the fall of 1938, he replaced the great Cecil "Tiny" Thompson in the Boston Bruins net and proceeded to blank the opposition in six of his first eight games. This performance immediately gained Brimsek the dubious nickname of "Mr. Zero."

He went on that season to win the Calder Trophy as the outstanding rookie and the Vezina Trophy as the league's leading goalie. The Bruins proceeded to capture the Stanley Cup that season as well as in 1941. Brimsek was one of the many players produced by Coach Cliff Thompson, also a United States Hockey Hall of Fame enshrinee, at Eveleth High School. After graduating from Eveleth High School, Brimsek played for what is now St. Cloud State University before launching his post college career with the amateur Pittsburgh Yellow Jackets in 1935-36. He played one full season in Providence of the then International American League, before the call came to Boston.

Brimsek captured another Vezina Trophy in 1942 and then served two years in the Coast Guard during World War II. While in the service, he played for the Coast Guard Cutters team which played in the Eastern Amateur Hockey League and was made up of some outstanding American pros. Returning from World War II, Brimsek played until 1950, his last season with Chicago, before retiring.

In addition to his two Vezina trophies, he was a first team All Star on two occasions and a six-time second team All Star as well. In addition, he also played in two All Star games. Brimsek had over 10 seasons of regular and playoff action, and goals against average were 2.74 with 42 shutouts. He was also selected to the Hockey Hall of Fame in Toronto in 1966, an honor reserved for just a handful of Americans.