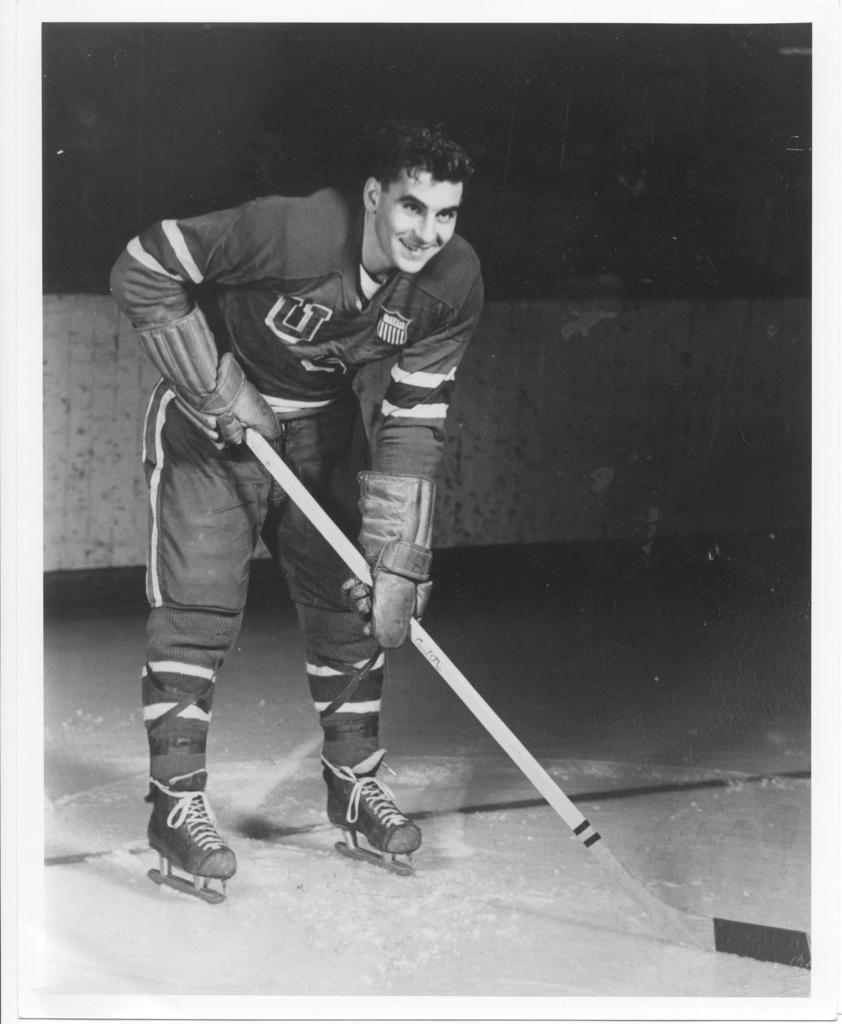 John Matchefts grew up loving the game of hockey in his hometown of Eveleth, Minnesota. There, the speedy youngster first learned how to skate by borrowing his big sister's figure skates. Then, in 1948, at the age of 16, Matchefts emerged as a high school star for the Eveleth Golden Bears. There, under fellow enshrinee, Coach Cliff Thompson, he quickly became a phenom. So good was the lightning-quick winger, that he was even invited to play for the 1948 U.S. Olympic team. While high school league rules prevented him from playing that year, he did later represent his country at the World Championships in 1955, and again in 1956, where he won a silver medal on the Olympic team.

Matchefts was a prep star at Eveleth. Teaming up with another enshrinee, John Mayasich, he not only led the Golden Bears to three straight undefeated state hockey championships from 1947-49, he also excelled at football and baseball as well. In fact, he was the first player named to the all-State high school hockey team three times.

From there he decided to attend the University of Michigan, where the two-time All-American and team captain led the Wolverines to three straight NCAA hockey championships, from 1951-53. Nicknamed "the Fly" because of his amazing speed and maneuverability, Matchefts averaged two points per game, with 57 goals and 74 assists over his college career.

After his collegiate playing days, Matchefts declined the opportunity to play professional hockey, and instead played on the 1955 and 1956 U.S. National and Olympic teams. From there, he went on to spend more than a decade as a high school hockey coach in Eveleth and Thief River Falls, where he guided several of his teams from both schools to the state's fabled high school tournament.

Matchefts made the jump to big-time coaching after that, as he later took over behind the bench at Colorado College, from 1966-71, and at the Air Force Academy, from 1972-86. Among his many honors and accolades, he was named as the WCHA's Coach of the Year in 1968.