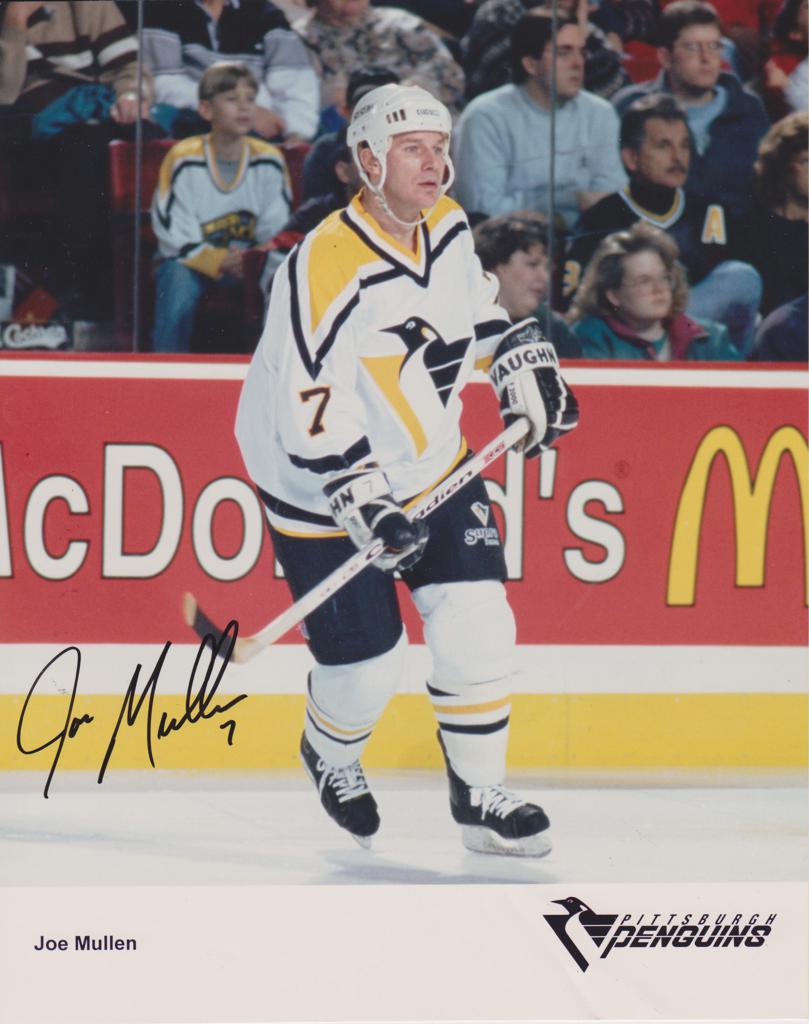 At the time of his retirement in 1997, Joe Mullen had scored more goals (502) and points (1,063) than any American-born player in NHL history. He earned three Stanley Cups, two Lady Byng Trophies, a Lester Patrick Award and a First Team All-Star berth in his career. He was also inducted in to the Toronto Hockey Hall of Fame in 2000.

Mullen is a native of New York City and grew up playing roller hockey in the "Hell's Kitchen" section of Manhattan. After playing four years of junior hockey, he went on to play collegiately at Boston College, where he became an All-American in both 1978 and 1979. As a junior, in 1978, he even led the Eagles to the NCAA championship game against rival Boston University.

Following college, Mullen was recruited to be a member of the fabled 1980 U.S. Olympic "Miracle on Ice" team that won the gold medal at Lake Placid. However, because his father was ill at the time, he opted to instead turn pro and use the new income to help out his family. In August of 1979, he signed with the Blues. He was sent down to the CHL for two seasons though, where he proceeded to win both the Rookie of the Year and league MVP awards, respectively.

From there, he made the jump to the NHL, where, over the next 15 years, he would play with the Blues, Flames, Penguins and Bruins. The speedy and tough goal-scorer was a big fan-favorite wherever he played, and his never-say-die attitude made him a winner both on the ice and off.

Perhaps his most memorable season came in 1989, when he led the Calgary Flames to their first-ever Stanley Cup, and in the process, he was named as a first-team All-Star, received the Lady Byng Trophy (for sportsmanship), and led the league in plus-minus as well. Then, in 1995, he became the first American-born player to ever score 1,000 points in an NHL career.

Fellow United States Hockey Hall of Fame member, the late Bob Johnson, once said of Mullen when the Penguins acquired him for a second round pick in 1990, "I'd go to war with Joe Mullen."

Mullen retired from the Pittsburgh Penguins in 1997, at the tender young age of 40. In addition, Mullen's brother, Brian, was also in the NHL.