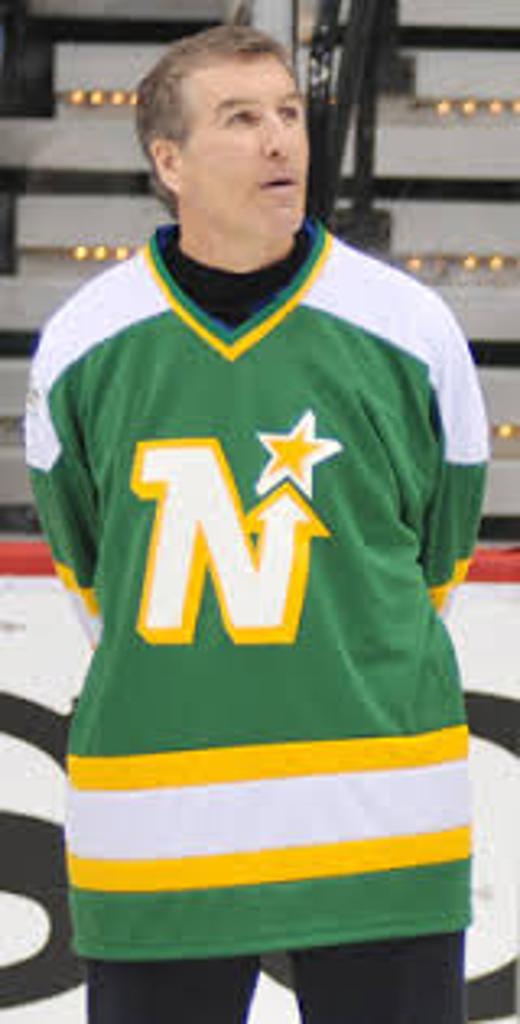 Born and raised in Detroit, Gordie Roberts grew up as the youngest of four hockey-loving brothers. So much did his family like hockey, that he was even named after Detroit Red Wing's legend Gordie Howe!

After starring at all youth levels of the game, at the age of 15 he made the jump to play "Junior-B hockey for the Detroit Big D's", which was made up mostly of kids in their late teens. In 1973, he joined the Junior Red Wings of the Southern Ontario Junior League, and quickly got noticed by the professional scouts. By the age of 17, he had signed with the New England Whalers, and well on his way to long and illustrious pro career.

Known for his rugged style of play and dependability, Gordie Roberts was also an excellent offensive-minded defenseman who could rush the puck up the ice in a hurry. Well liked and respected by his peers, he went on to become a 20-year veteran of professional hockey. The six-foot, 180-pound defenseman was the first U.S. born player to play 1,000 games in the NHL and also played over 300 games in the World Hockey Association (WHA) for the New England Whalers, totaling over 1,400 combined professional games and registering a combined point total of 606 points. (In addition, Roberts played for Team USA in two World Championship tournaments, and also in the 1984 Canada Cup.)

While he may have gained most of his notoriety in the NHL as a fan-favorite of the North Stars, Roberts was also part of two Stanley Cup Champion teams as a member of the Pittsburgh Penguins in both 1991 and 1992. In fact, Roberts' Penâ€™s beat those very North Stars in the 1991 Stanley Cup Finals.

Over his 15-year NHL career he played for six teams, including Hartford, Minnesota, Philadelphia, St. Louis, Pittsburgh and Boston. Roberts recorded 10 NHL seasons with 20 or more assists and averaged more than 73 games played as well. He also played in 153 playoff games and scored 57 post-season points as well. He finished his pro career in 1995 while playing in the IHL.