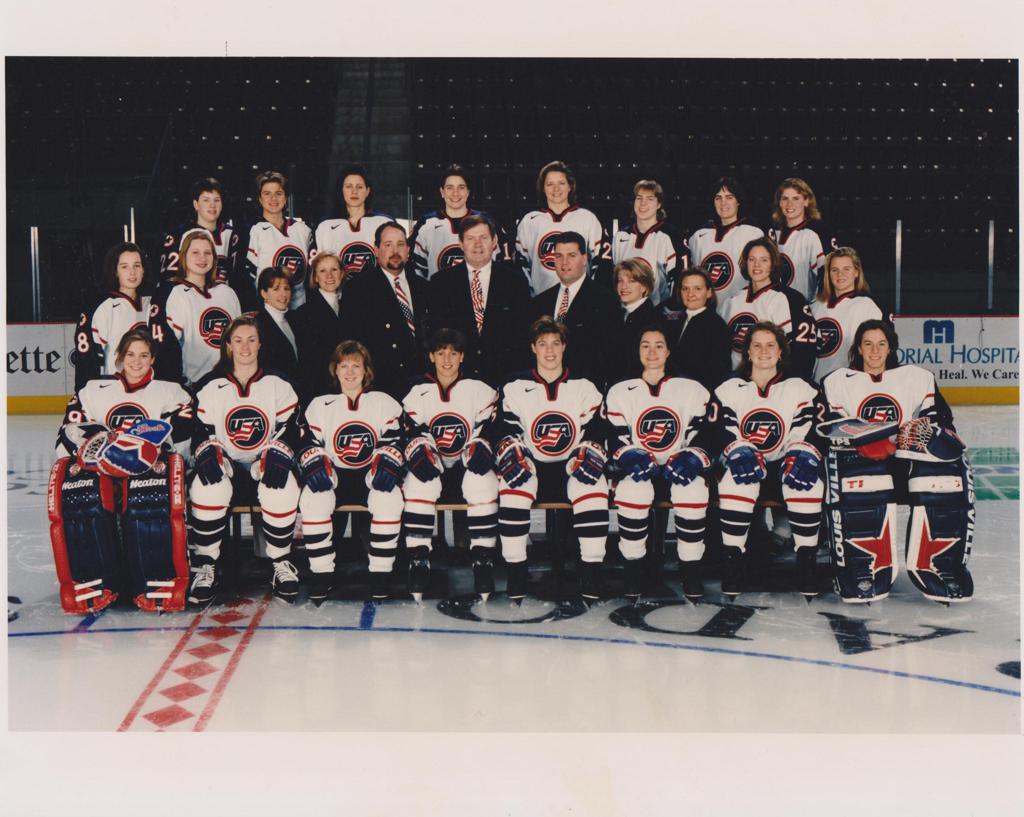 Team USA’s story began with the 1998 USA Hockey Women’s National Festival, from which 25 players were selected to the 1997-98 U.S. Women’s National Team.  The squad embarked on a pre-Olympic tour that included tune-up games against college all-star teams and international squads from Canada, Finland and Sweden.  Then, on December 20, 1997, the 20 players whom comprised the United States’ first-ever Olympic Women’s Ice Hockey Team were unveiled.

On February 8, 1998, Team USA’s run to a perfect 6-0-0 record at the Olympic Winter Games began with a 5-0 victory against China.  It was a contest that offered many historic firsts, including the first U.S. goal in Olympic competition, scored fittingly by Team captain Cammi Granato, the all-time leading U.S. scorer in International Ice Hockey Federation World Women’s Champion Competition, Granato was one of only two players who had been a member of every U.S. Women’s National Team since 1990.

The U.S. then won its next four games outscoring its opponents, 28-7, and setting the stage for Olympic history against Canada.

After a scoreless first period in the gold-medal game, Sandra Whyte and Sue Merz set up Gretchen Ulion for the first goal of the game on the power play at 2:38 of a second period.

U.S. net minder Sarah Tueting did her part to help keep Canada at bay, turning in a memorable 21-save performance. On the other end of the ice, Shelley Looney used assists from Whyte and Ulion to score a power-play goal at the 10:57 mark of the 3rd period to give Team USA a 2-0 lead.  Five minutes later, Canada scored on a power play to pull within a goal, but with eight seconds remaining in the game, Whyte slid in an empty-net goal to forever seal a golden place in history for the 1998 U.S. Olympic Women’s Ice Hockey Team.

The impact of the 1998 U.S. Olympic Women’s Ice Hockey Team went far beyond the ice in Nagano following Team USA’s gold-medal victory, girls’ and women’s hockey became one of the fastest growing sectors in ice hockey.