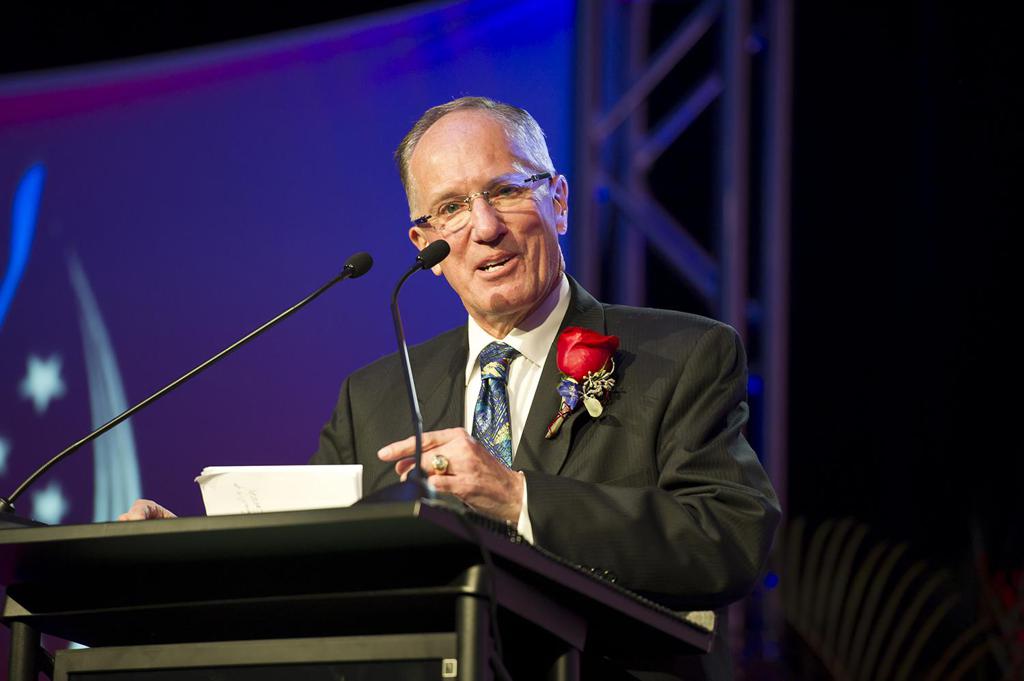 One of the most recognizable voices in sports, Mike "Doc" Emrick has been behind the microphone for some of the most memorable games in modern hockey history.

After earning his bachelor's degree from Manchester (Ind.) College in 1968 and his master's degree in radio and television from Miami University in 1969, Emrick received a Ph.D. in communications from Bowling Green State University in 1976, earning him the nickname "Doc."

Emrick began broadcasting professionally in 1973, when he signed on with the International Hockey League's Port Huron Flags to do play-by-play and public relations. He eventually worked his way up to the National Hockey League and, after stints with the Philadelphia Flyers, New Jersey Devils, and New York Rangers, he returned to the Devils in 1993 to serve as the team's play-by-play voice until 2011.

A recipient of the Hockey Hall of Fame's prestigious Foster Hewitt Award, Emrick has called NHL games for all of the major networks, including Fox, CBS, NBC, ABC, ESPN and Versus. He was the lead play-by-play announcer for the NHL on ESPN from 1986-88, and later became the lead play-by-play voice of the NHL on Fox Game of the Week, calling regular-season games and the Stanley Cup Finals from 1995-2000. Since 2005, he has served as the lead announcer for the NHL on Versus and the NHL on NBC for the regular season through the Stanley Cup Final.

In addition to his contributions to broadcasting in the NHL, Emrick has called five Olympic Winter Games, and was the voice heard during the 2010 menâ€™s gold-medal hockey final between the United States and Canada â€“ the most watched hockey game in America in 30 years. He also served as the play-by-play broadcaster for both the 1996 and 2004 World Cups of Hockey and has called numerous college hockey games throughout his illustrious career.

In May 2011, Emrick became the first-ever hockey broadcaster to win the National Sports Emmy for Outstanding Sports Personality â€“ Play by Play. Among numerous other honors, Emrick received the Lester Patrick Trophy in 2004, seven New York Emmys and the National Cable ACEAward in 1997.

Emrick has served as vice president of the NHL Broadcaster's Association for over two decades and is one of America's foremost historians of the game. He is the first broadcaster to be inducted into the U.S. Hockey Hall of Fame.