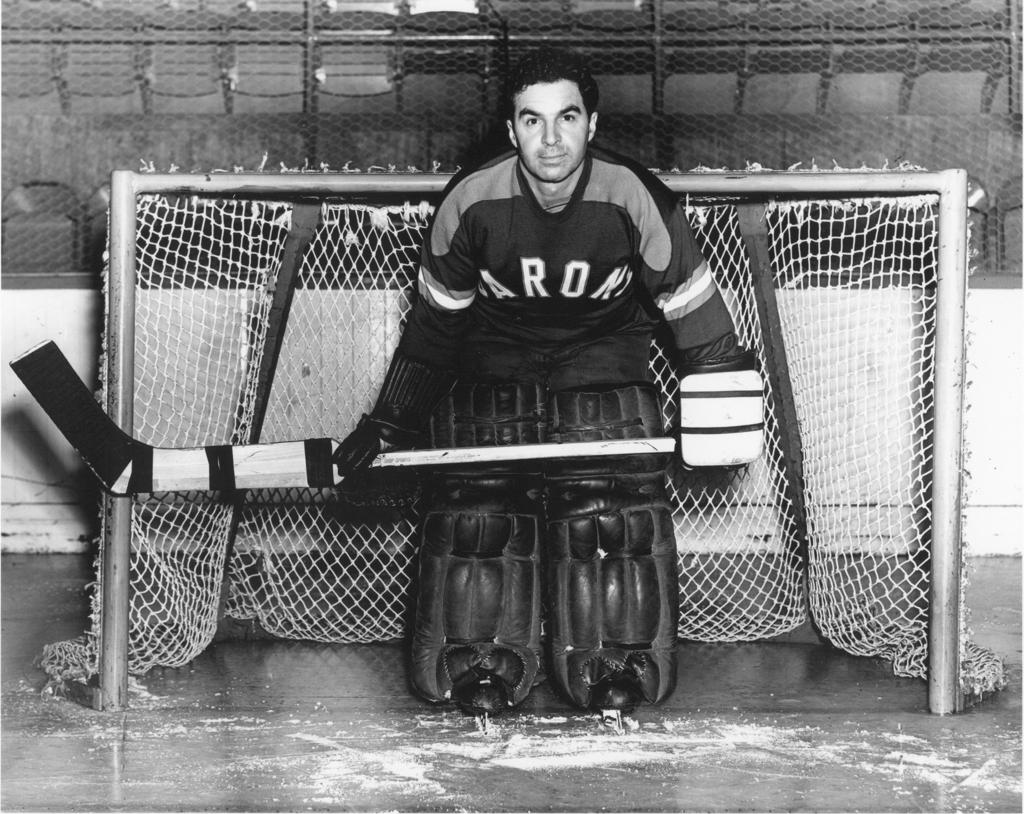 Moe Roberts learned his hockey in Somerville, MA, where he played in high school before moving on to be the back-up goaltender with the major league amateur Boston Athletic Association Unicorns. It was there that Boston Bruins' General Mgr/Coach Art Ross spotted him and signed him as a practice goalie and stick boy. It was in that role that Moe relieved the injured Charlie Stewart and went on to lead his team to victory over the Montreal Maroons. That game launched a lifetime in hockey that saw the 5'9", 165 lb Roberts play with a number of teams in various leagues to include a return to the NHL with the New York Americans and Chicago Blackhawks. It was, however, in Cleveland with the Falcons and Barons that he achieved his greatest success.

Arriving in Cleveland for the 1933-34 campaign, he would play there through the 1941-42 season after which he left for WWII Navy service. The 1937-38 Barons finished first in the league's Western Division, compiling a 21 game winning streak during which Moe recorded four of his five shutouts. His efforts resulted in a spot on the league's second all-star team and a 2.20 GAA.

The 1938-39 Barons would go on to win the Calder Cup, the AHL's Stanley Cup, defeating Philadelphia. During the regular season, Roberts came up with four shutouts and a 2.43 GAA while in the playoffs he equaled his regular season shutout total in only nine games while posting a sterling 1.13 GAA. Moe would make the AHL's first all-star team the following year as he was honored with a special night on December 18, 1940, but the Barons failed to make the playoffs. They returned to Calder Cup winning status in 1940-41, but Roberts would miss the final five play-off games because of an injury. However, there was a little doubt that his play was instrumental in Cleveland's eventual cup win over Hershey.

Moe played one year of senior amateur hockey after WWII and then retired. Roberts compiled a distinguished record in minor professional hockey over a period of sixteen years. During those years, he compiled a GAA of 2.48 while shutting out the opposition 56 times. His playoff numbers were 2.38 with five shutouts.