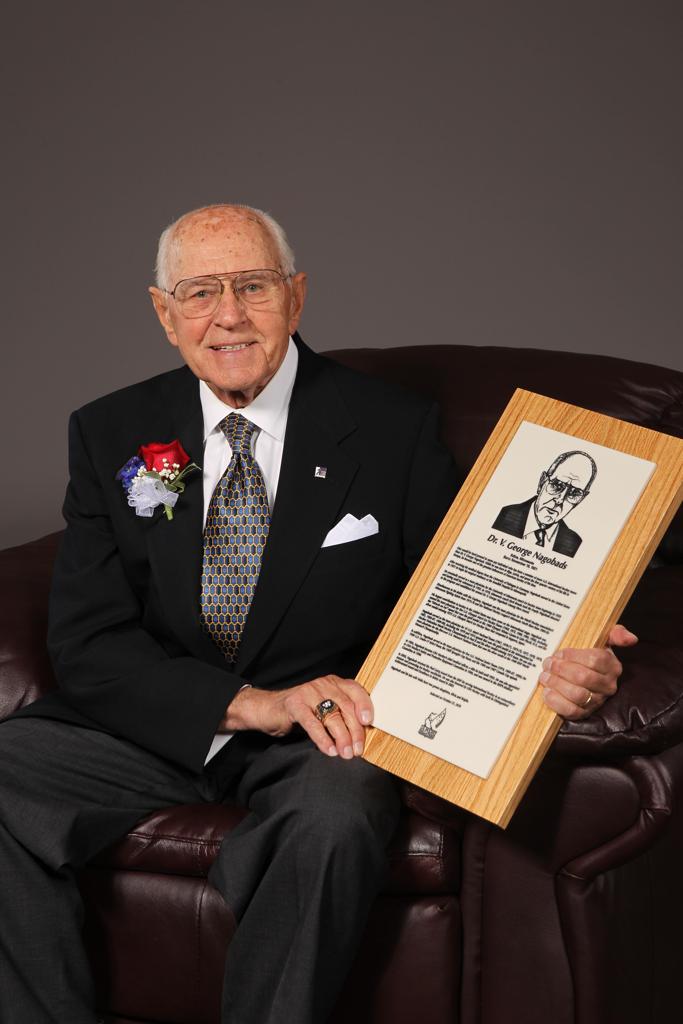 One would be hard pressed to name any individual who has been a member of more U.S. international hockey teams than Dr. V. George Nagobads. While he was born in Riga, Latvia, and spent the first quarter century of his life in Europe, he became one of the greatest influencers of American hockey of his time.

After receiving his medical degree from University of Tubingen in Germany, Nagobads moved to the United States in 1951 to begin his surgical residency at the Swedish Hospital in Minneapolis.

He eventually served as a team physician for the University of Minnesota men's ice hockey team beginning in 1958 and lasting until his retirement in 1992. In 1978, Minnesota Coach Herb Brooks took the trophy Nagobads donated to the program and established the annual Dr. V. George Nagobads Unsung Hero Award.

Simultaneous to his duties with the Gophers, Nagobads was the team physician for the World Hockey Association's Minnesota Fighting Saints from 1973-76 and the National Hockey League's Minnesota North Stars from 1984-92.

His largest contributions to hockey in the United States may have come on the international stage, however. Nagobads was named the team physician for five U.S. Olympic Men's Ice Hockey Teams (1968, 1972, 1980, 1984, and 1988); including the "Miracle on Ice" squad that won the gold medal at the 1980 Olympic Winter Games in Lake Placid, N.Y., and the silver medal-winning 1972 U.S. Olympic Men's Ice Hockey Team that competed in Sapporo, Japan.

In 2003, Nagobads received the Paul Loicq Award from the IIHF for serving international hockey in an extraordinary manner and promoting ice hockey worldwide. He was also honored by USA Hockey with both its Distinguished Achievement Award and Excellence in Safety Award in 2005.