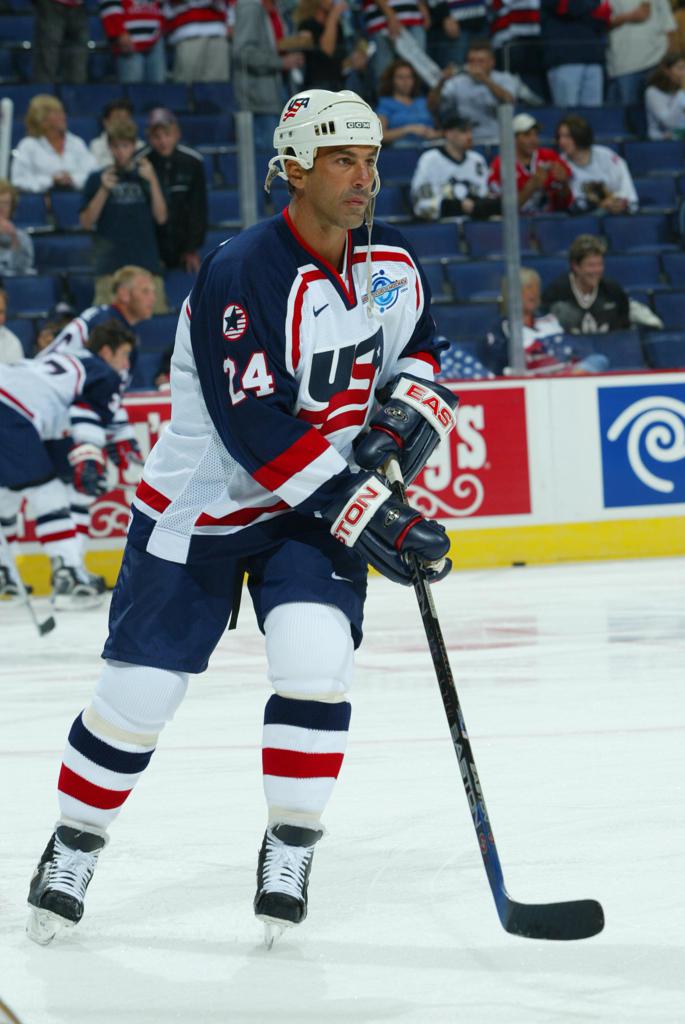 Chris Chelios' amazing hockey resume has been punctuated by significant accomplishment, including an NCAA Division I championship, three Stanley Cups, a World Cup of Hockey title and an Olympic silver medal.

He concluded a 27-year National Hockey League career as the league's all-time leader in games played by defenseman with 1,651. Chelios also holds the distinction of playing the most games of any American-born player in NHL history and amassed 948 career points, including 185 goals and 763 assists.

After helping the University of Wisconsin capture the NCAA Division I championship in 1983, Chelios moved on to the NHL's Montreal Canadiens, who chose him in the second round (40th overall) of the 1981 NHL Entry Draft. There, he was named to the 1985 NHL All-Rookie Team and, the following season, won his first Stanley Cup. He earned the first of three James Norris Trophies as the NHL's top defenseman following the 1988-89 campaign.

In 1990, Chelios was traded to the Chicago Blackhawks, where he spent the next nine seasons. He gained his second Norris Trophy in 1993 and repeated the feat just three years later. It was during his nine-year tenure with the Detroit Red Wings (1998-2009) that he captured his second (2002) and third (2008) Stanley Cup titles.

The 11-time NHL All-Star Game participant set multiple records for longevity, including skating in more NHL playoff games than any other player (268) and becoming the oldest player (46) ever to compete in the American Hockey League during a stint with the Grand Rapids Griffins in 2008. He retired from the NHL in 2010 at the end of his lone season with the Atlanta Thrashers.

Chelios' contributions on the international stage are impressive as well. He is one of only two men ever to play for the United States in four Olympic Winter Games, winning a silver medal with Team USA in 2002. He also helped the U.S. defeat Canada to win the inaugural World Cup of Hockey in 1996. Overall, he skated in 10 international events for Team USA, including the 1982 International Ice Hockey Federation World Junior Championship, three Canada Cups (1984, 1987, 1991), two World Cups of Hockey (1996, 2004) and four Olympic Winter Games (1984, 1998, 2002, 2006).