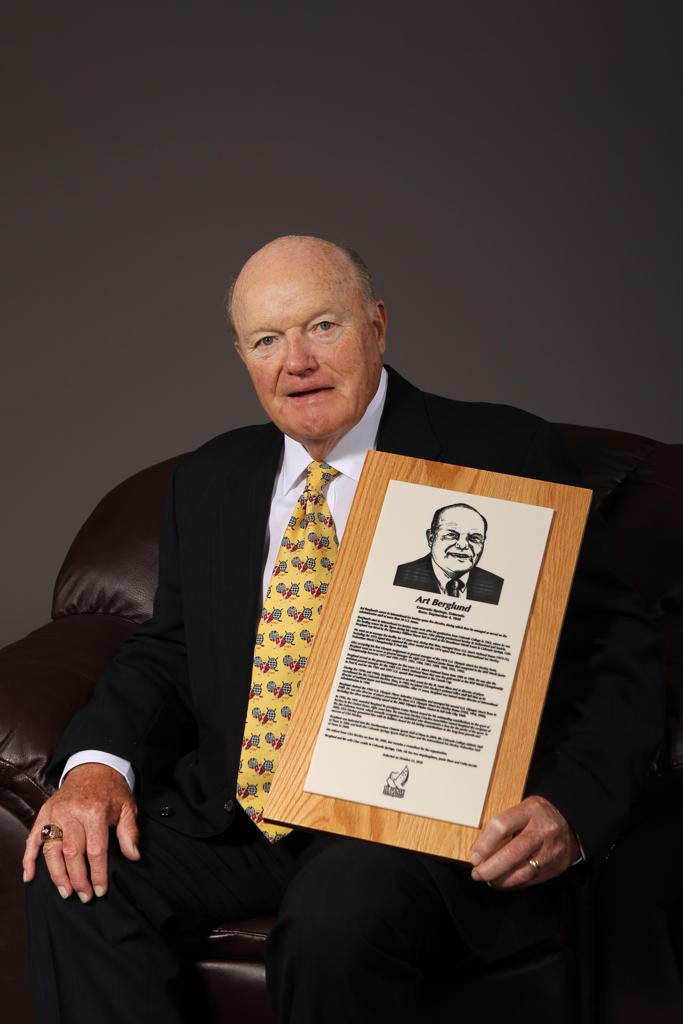 Art Berglund's career in international ice hockey spans five decades, during which time he managed or served on the administrative staff of more than 30 U.S. teams.

Berglund's start in international ice hockey came soon after his graduation from Colorado College in 1963. After playing professional hockey in Switzerland and Austria, Berglund was hired by the legendary Wm. Thayer Tutt to work at the Broadmoor World Arena in Colorado Springs, CO. He went on to oversee the facility for 13 years and, during that time, managed three U.S. Men's National Teams (1973-75).

In 1992, the NHL awarded Berglund its prestigious Lester Patrick Award for his outstanding contributions to the sport of hockey in the United States. Eight years later, the American Hockey Coaches Association name Berglund the recipient of the Jim Fullerton award, which annually recognizes an individual who demonstrates a love for the purity of the sport. In 2005, USA Hockey presented him with its Builders Award for his lasting contributions to the long-term growth and success of USA Hockey.

He retired from USA Hockey on June 30, 2005, but remains a consultant for the organization.